Search within this journal
Newsletter
Sign in if you wish to receive noti­fi­ca­tions on every new article published:

Logistics as a science of networks and flows 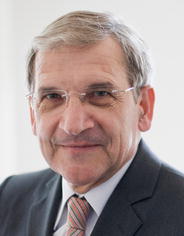 “Logistics—what is it?” The first time this question was asked in an academic journal was 1954: Henry Eccles, a retired US admiral, published his thoughts on the meaning of logistics in the Naval Research Logistics Quarterly. His answer was based on a still earlier (1917) book by a Lieutenant Colonel Cyrus Thorpe of the US Marine Corps titled “Pure Logistics. The Science of War Preparation”. In summary, they said that logistics is about “mobilizing means for the conduct of military action—preparing for war and maintaining war during its duration”. The field’s quality as a science, they suggested, might be founded upon a set of general principles about the “detailed manner of dividing labor in the logistical field”.

Since, times have changed. Logistics is now being addressed primarily in the “civilian” context of improving business operations and the effectiveness of the economy. There is no disagreement anymore about the enormous practical relevance of logistics and its steadily growing impact upon day-to-day economic activities.

But the question about the nature of “logistics as a science” still seems to be unresolved.

In my editorial to the preceding issue of LOGISTICS RESEARCH, I had mentioned that members of the Scientific Advisory Board of the German BUNDESVEREINIGUNG LOGISTIK (BVL) took the courage to try and take on the challenge. What the group came up with is a statement about today’s “basic understanding of logistics as a science”:

Logistics is an application-oriented scientific discipline. It models and analyses economic systems as networks and flows of objects through time and and space (specifically goods, information, moneys, and people) which create value for people. It aims to supply recommendations for action on the design and implementation of such networks through accepted scientific methods. Scientific questions of the discipline are related primarily to the configuration, and organisation of these networks and to the mobilization and control of flows. Its ultimate goal is progress in the balanced achievement of economic, ecological and social objectives.

The group supports their statement by identifying and elaborating on five cornerstones to the understanding of logistics as a science and its identity as an academic discipline. In this issue of our journal, we publish the full text of the statement, hoping that it will stimulate more discussion, and help to advance our community’s sensitivity for the need to think about our field’s identity. We invite you, our authors and readers, to join the debate.

We have four more interesting articles: Sandberg and Aman discuss “Logistics Learning Mechanisms and Capabilities”: Windt, Becker, Jeken and Gelesssus propose a “Classification Pattern for Autonomous Control Methods in Logistics”—a preview to the themed issue coming up in response to our current call for papers on “Autonomy and Decentralized Decision Making in Logistics”. The papers by Buer/Pankratz on “Solving a Bi-objective Winner Determination Problem” and Drexl/Prescott-Gagnon on “Labelling Algorithms for the Elementary Shortest Path Problem” introduce new approaches to logistical decision support issues.

PS: We regret a technical error in the editorial to issue I/2010: the article by Drexl/Prescott-Gagnon, which appears in this issue, was originally planned for publication in the preceding issue and announced in that issue’s editorial. Due to a last minute production problem, it was moved to the current issue and replaced by the article by Euchi/Chabchoub on “Hybrid Tabu Search” without explicit mention in the editorial. We apologize to the authors.

Previous Article
Back to Article List
Next Article
Stand: 03.02.2017